When you book with an account, you will be able to track your payment status, track the confirmation and you can also rate the tour after you finished the tour.
Sign Up
729

Our Galapagos Coral Cruise itineraries offer unforgettable experiences, with our weekly departures allowing you to experience 3-, 4-, 7-, and up to 14 –nights tours including: full board, two daily guided excursions with optional activities such as snorkeling, kayaking, dinghy rides and our new feature daily diving tours for license-holding divers.

Quito (international flights can be arranged)

AM – Quito to Baltra Airport

Departure from Quito or Guayaquil to Baltra Island (approx. 2½-hour flight). Arriving in the Galapagos, passengers are picked up at the airport by our naturist guides and taken on a ten-minute bus drive to the pier to board the M/Y Coral I or M/Y Coral II.

Dry landing. Once home to the famous Lonesome George, the last tortoise of the Pinta race, the breeding and relocation center is named in honour of his long-time guardian. The center is set in the Galapagos National Park Service where various interpretative buildings are available to visit. The grounds, with large stands of native vegetation, are one of the better places to spot some of the seldom seen Darwin’s finches such as the woodpecker, cactus and vegetarian finches.

Wet Landing. This tiny, low lying islet, covered in coral sand, is set between North and South Seymour Islands. It is home to a group of sea lions that come to laze on the soft white sand. It is a good spot to observe shorebirds as well as herons, lava gulls, and boobies. Snorkeling or diving here one can often see sharks, rays, and barracudas.

Dry landing. This flat, uplifted, island is an important spot to see both magnificent and great frigatebird males courting the females by clicking, bill-clapping, shuddering and flapping their wings, all while showing off their grossly inflated, bright red, gular pouch. We will also likely see courting blue-footed boobies displaying their unique feet while ‘dancing’ to a prospective mate. Sea lions, swallow-tailed gulls, crashing surf and distant views of the Daphne Islands top off a great visit.

Wet landing. After a fabulous snorkel in the turquoise waters of the protected bay, we may have enjoyed time with sea lions, turtles, reef sharks and spotted eagle rays. Landing onto a sandy beach we are immediately distracted by the abundant sea lions there with us. We begin a walk past a forest of island-endemic giant Opuntia cacti. Here we search for another island-endemic the Santa Fe land iguana, paler than its cousins on other islands. Galapagos hawks and even endemic rice rats are also things to look out for.

Dry landing. Sea lions, swallow-tailed gulls, and land iguanas are all present at the landing site. The small island is covered with a carpet of a red succulent studded with Opuntia cacti. At the cliff edge, we spend time watching birds fly past at eye level in the updraught. These include frigatebirds, flocks of Galapagos shearwaters and of particular note, flights of displaying red-billed tropicbirds. Back at sea level, we once again encounter land iguanas, some of which have hybridized with their resident marine cousins.

Kicker Rock can be seen directly from the vessel. In the sea northeast of Puerto Baquerizo Moreno is this ancient and eroded volcanic tuff lava named Leon Dormido or Kicker Rock it is formed by two rocks approximately 148 m, named for its resemblance of a sleeping lion.

It serves as home to many of the typical Galapagos sea animals, such as birds, sea lions, blue and Nazca boobies and frigate. With rare sightings of swallow turtle gulls, tropic birds, and pelicans.

Dry landing. In the moist highlands of San Cristobal, we will visit the giant tortoise breeding center “La Galapaguera” to witness the most iconic creature of the archipelago in its various life stages. The tortoises wander in a semi-natural habitat which lends itself to good photographic opportunities. The aim of the reserve is to help restore populations of the threatened San Cristobal tortoise back into the wild. In town, there are shops to purchase local handicrafts and souvenirs.

After the visit, you will go to San Cristobal Airport for the return flight to Guayaquil or Quito. 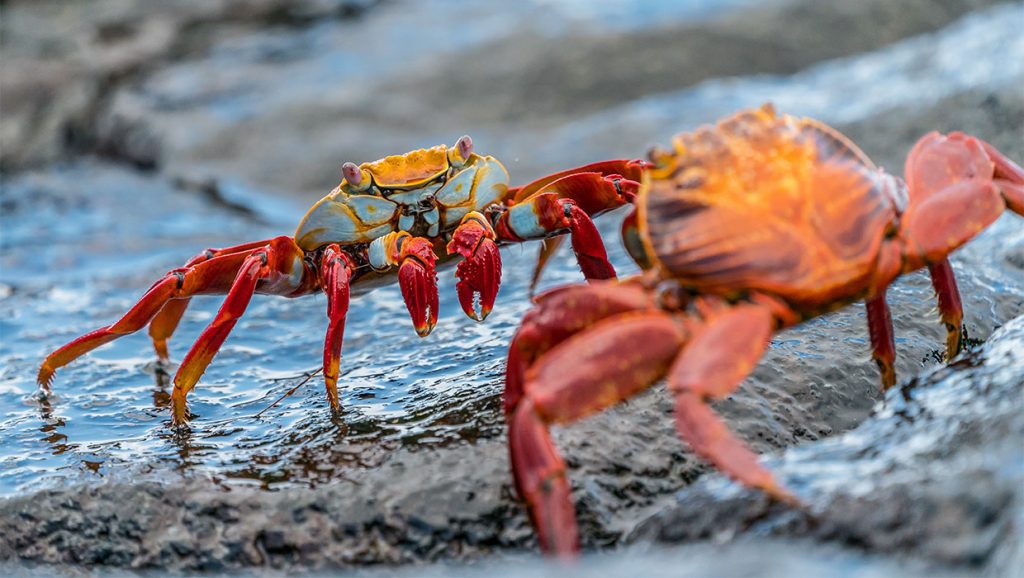 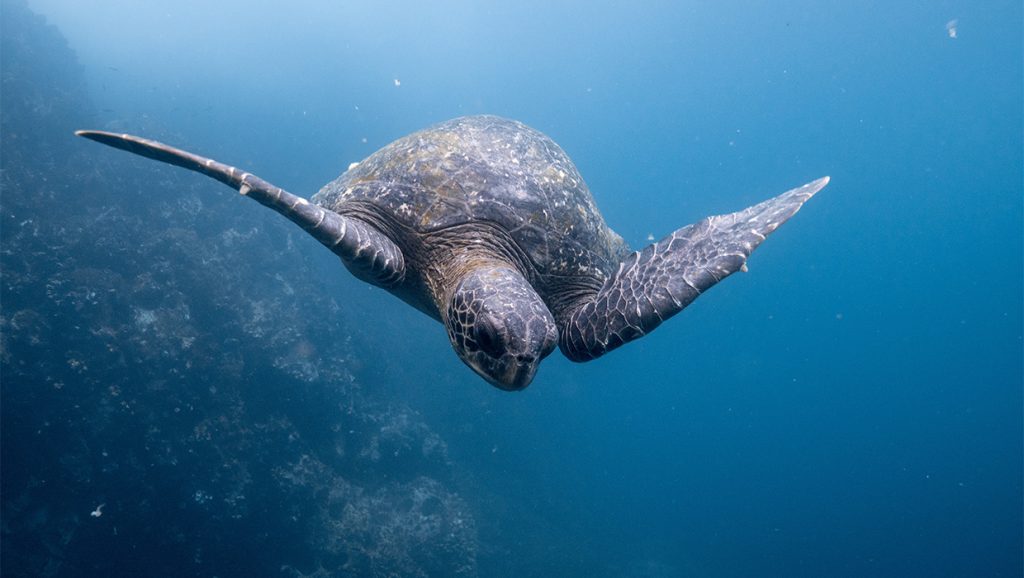